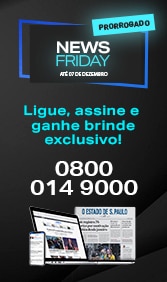 Eds: Updates with details of the reshuffle in military commanders. Restore

included the replacement of the commander of the southern region, which

includes several provinces down to the border with Sudan.

Maj.Gen. Ahmed Wasfi was moved from his post as commander of troops in

northern Sinai, two provinces along the Suez Canal and three provinces in the

Nile Delta, the state news agency MENA said. The area is known as the 2nd

Wasfi was appointed head of training for the armed forces, MENA said. He was

replaced in his post by his chief of staff, Maj. Gen. Mohammed el-Shahat. A

replacement for el-Shahat in the chief of staff post was also named.

The reshuffle comes amid expectations that the military chief, el-Sissi, is

expected to announce his candidacy for president. No date for the vote has

been announced yet, but is expected by April. El-Sissi is widely expected to

win if he runs.

Wasfi was the most prominent figure moved in the reshuffle. Often called the

``Lion of Sinai'''' by his supporters, he has been cited in the media in recent

Appointed head of the 2nd Field Army in the summer of 2012, his forces have

in which militants killed 16 soldiers near the border with Gaza and Israel.

President Mohammed Morsi and subsequent crackdown on his supporters. Militant

attacks have spread from Sinai, with dramatic bombings in several Nile Delta

new ground in the northern Sinai peninsula, a claim Morsi and the group deny.

reshuffle to include introduce new blood in combat zones. The reshuffle

detailed by MENA also included replacing the head of officers affairs, who was

appointed as an aide to the defense minister. The officials spoke to The

Associated Press on condition of anonymity to discuss the reshuffle.

Also Monday, prosecutors referred the youngest son of Morsi to trial on

charges of drug use and possession, an accusation his family dismissed as an

attempt to tarnish their image.

Moumin Salman, a prosecutor in the Nile Delta city of Benha, ordered that

20-year-old Abdullah Morsi, a university freshman, and his friend be tried

before a criminal court. A date has not yet been set for the trial.

According to police accounts, Morsi''s son was arrested with his friend on

the road on the east edge of Cairo. After a search, the officers told

The family said the charges are fabricated and aim to defame Morsi''s family.

Abdullah''s older brother, Osama, told The Associated Press at the time that he

July following mass protests against him. He has since been put on trial on

several charges, including conspiring with foreign groups, inciting his

supporters to murder protesters, and organizing a campaign of violence in

Egypt. Thousands of members of the Muslim Brotherhood, the group to which

Morsi belongs, have also been arrested and many are facing trials. But his

family has largely been spared the crackdown.

Before he was ousted, Morsi supporters set up two protest camps in the

months calling for his reinstatement. Hundreds were killed when security

forces moved to break up the encampments in August.

A government-appointed body assigned to investigate the violence during the

and other officials. It demanded an official investigation.

at police, escalating violence that ultimately led to the death of 624

civilians and eight police officers in the area outside the mosque. But the

An activist group has compiled a list of 897 civilians klled at Rabaah,

although Morsi supporters insist the toll is much higher. A Muslim

Brotherhood-led coalition said the National Council''s findings were ``a failed

attempt'''' by authorities to get away with the killings.